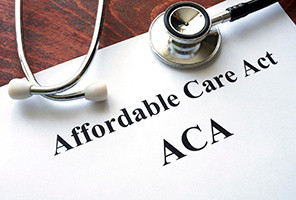 Maintaining compliance is important for every organization. But it can be difficult to keep up with the changing regulations. And especially with a new president taking office soon, there are currently a lot of questions about the future of the Affordable Care Act (ACA) and what it will mean to you as an employer.

As 2016 draws to a close, we’d like to highlight a few important updates regarding the ACA as well as considerations regarding its future.

In November, the IRS announced the delay of employer reporting requirements from Section 6055 and 6066. This relates to the informational statements that must be provided to individuals – Form 1095-B (by a carrier or self-insured employer) and 1095-C (by an applicable large employer). The original deadline for providing the forms to individuals was January 31 ,2017. This has been delayed to March 2, 2017. Please note that the due dates for employers, insurers, and other providers to file the 2016 forms with the IRS has NOT been extended. These remain February 28, 2017 if not filing electronically, and March 31, 2017 if filing electronically.

Regardless of speculations and what you think may happen to the ACA when President-Elect Trump takes office, employers should prepare a timely file of their 1095-B or 1095-C forms. The deadlines related to these forms are so early into the year that we expect any regulatory changes to impact them.

Additionally, the good faith effort relief has been extended. If reporting entities show they’ve made good-faith efforts to comply with the information reporting requirements, they may receive transition relief from penalties. This relates strictly to incorrect or incomplete information reported on that statements or returns – not an entity’s failure to provide or file the statements on time.

To read the complete details of these extensions, click here to view IRS Notice 2016-70.

What about 2017 – what is going to happen to ACA once the Trump Administration takes office?

We can’t know for sure. No one can. But we can speculate that a complete repeal of ACA is highly unlikely. A full repeal of ACA would require a full act of the Senate, at least 60 Senators voting in favor of the repeal, and it is unlikely enough Democratic Senators would do so.

Whatever changes do occur will take time. We can look at the Restoring American’s Healthcare Freedom Reconciliation Act, which was vetoed by President Obama in January 2016, as a guide for potential changes. Though vetoed, Republicans were able to get this bill to the President’s desk, so the efforts used will likely be similar to what we’ll see from the Trump Administration.

Ultimately, any changes to the ACA will likely be piecemeal. Through the budget reconciliation process and regulatory acts, we can expect the new administration to chip away at the current ACA provisions.

We recently held a webinar with guest presenter Mike Nader, Partner at Faegre Baker Daniels, on this topic. If you’re interested in listening to the webinar, click here.

Like you, we take compliance seriously. Compliance mistakes can be costly. So stay tuned for more updates and resources from us in 2017 to help you stay on top of your employee benefits!

Open Communication Can Guide You Through Rough Waters