Math Is Easy But Culture Will Destroy 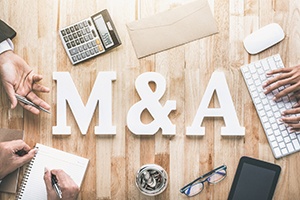 I have been passionate about the world of mergers and acquisitions since my college days in the 1980s. The financial modeling, proforma designs, tax strategy, time value of money, EBITDA multiples, and legal structures, will really get me fired up.

Then reality hit. I became actively involved in dozens of real deals. Being involved in and actively working in over one-hundred deals, I have zero examples of deals going bad due to poor financial structure other than the financial downturn issues in 2008 - 2010. Those failures were due to revenue and profit loss that was abnormal. I’ve learned that other than the difficulty of predicting financial downturns, the math is easy to do in a merger, acquisition, or internal sale of a business.

However, I have observed, fortunately not facilitated, dozens of mergers, acquisitions, and financial perpetuation plans that have failed miserably. Some of those failures resulted in corporate and personal bankruptcy.

Culture defined for this blog is “the beliefs and behaviors that are normal.”

How does the soft and fluffy, or culture side of the business kill a deal? The answer has become very real to me. The way organizations believe and behave will determine how the organization performs.

My first real experience of a failure was two firms who were about equal in size and in two different cities. They didn’t address key beliefs in how the business should operate. Within 3 months of the deal being done, leadership began battling over major business methods and were not able to agree. These differences caused inefficiencies that took away the power of the merger (elimination of redundancies). These disagreements also caused leadership cults. The employees were picking and choosing who they wanted to follow. The company merged as a $12m company. Within 3 years they were under $8.5m in revenue, had lost clients, lost key employees, and had changed leadership roles 5 times in that three-year period. In 5 years they had to sell to a third party and the original owners were out of the company with big losses. They lost millions of dollars over small expense reimbursement beliefs, sales philosophy disagreements, and an ego over control of process and procedures.

This experience made me focus on culture as I observed all future deals. It wasn’t long after the above failure that another big blowup occurred. This acquisition had a larger firm purchase a firm that would add about 25% new revenue and 40% profit to the business. They didn’t define beliefs and behaviors in the due diligence on the deal. Immediately after the deal moved forward they realized they had major differences in expense reimbursement issues, beliefs on sponsorships, people management philosophies, employee expectations, and more. They spent 2 years focused on those issues and battling for control. They were not able to reconcile the differences and eventually broke back into two companies. This company was a $15m revenue company when combined with a $3m profit. In two years they had declined in revenue by $2.5m and had lost $2m in annualized profit. This result was during a period where the industry was on the rise.

Five years ago I was given the opportunity to help a firm merge with a big competitor. These firms were the two largest companies in the region within the industry. They had numerous locations, very complex leadership structures, challenging geography, and were going to be faced with big cultural differences. We had each firm fill out a multiple page document defining beliefs and behaviors They combined the documents and realized they had some major items that were very different. Because the leadership of both companies wanted to get this deal done, they set their egos aside and worked on negotiating these beliefs and behaviors. After a few months they had all culture items agreed upon. Then, they decided they would NEVER speak of the old businesses (How “we did things” or “we were better at x”). They decided that NewCo would be something greater than either of the two old companies. They wrote a document that described what the new company believed and how they would behave. Then, they put together a clarity document describing these beliefs and behaviors to include, values, client experience, employee experience, how they sold and delivered to clients, defined their product and new brand, and clearly defined the new company’s purpose. All leaders agreed to this document and held each other accountable to this new vision. Today, this firm is exploding in growth and has exceeded all expectations of the financial deal.

The Devil Is In The Details!

That statement is truer in culture than any other element of an acquisition or merger. The details of how we believe the business should be operated, how we sell, how to manage finances, the role and value of employees, client experience, and every belief that is core to the business, are the elements that make a deal work or fail. Getting to agreement on these beliefs before the deal is done is a must.

The devil also lives in the behaviors. Work ethic of Partners, sales professionals, and employees can quickly destroy a newly merged company if they are not understood and made clear. Making sure the NewCo is clear on expense reimbursement behaviors, work hours, performance expectations, organizational language, leadership styles, and employee normal behaviors, are items that will become the devil you don’t want to experience.

We spend tens and hundreds of thousands of dollars on making sure the financial structure is correct when we do an acquisition or merger. Are we spending enough time and resources on culture to make sure the deal is going to be successful? The cost of cultural clashes will be much higher than any gain or loss on the financial model. However, the value of a cultural fit will heavily influence financial abundance.

Do a gap analysis, get agreement on beliefs and behaviors, and enjoy the abundance that comes with a well-structured financial deal! 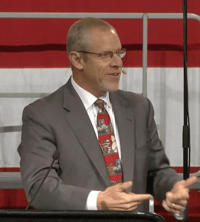 Larry Linne is one of the most innovative and inspirational business leaders in North America. He is an entrepreneur and owns numerous companies in consulting, insurance, and executive management. Larry is the author of Make the Noise Go Away and Brand Aid.