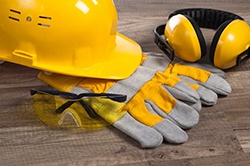 Each year OSHA releases the 10 most frequently cited standards. Many of the same standards have found themselves on this list in recent years. The penalty for violating these, and any, OSHA standards is about to increase for the first time since 1990.

The Federal Civil Penalties Inflation Adjustment Act of 1990 prevented OSHA from adjusting and increasing its fines to account for inflation. But on November 2, 2015, President Obama singed a budget bill into law – and that bill included a provision to remove this exemption, allowing OSHA to increase their fines.

The initial change will be the most significant, estimated at an 80% increase from the current levels. This will allow the fines to catch up from the past 25 years of inflation. In future years, OSHA will be allowed to increase its fines based on inflation.

The new fine amounts are expected to be officially released in 2016, and the adjustment must occur before August 1, 2016. The Wall Street Journal references workplace safety experts who predict the most severe citations to increase from $70,000 to $125,000 for willful violations, and other serious violations from $7,000 to $12,500. Again, no exact rates have been released, only speculation. Stay tuned as the changes unfolds and OSHA releases their official updates.

Taking proper precautions to avoid these commonly recognized hazards in your facility can not only protect your organization from the rising fines, but more importantly it can keep your workforce safe. Below you will find the most frequently cited violations for 2015, links to the standards, and useful resources.

Top Most Cited OSHA Violations For 2015

OSHA defines a serious violation as one “when the workplace hazard could cause an accident or illness that would most likely result in death or serious physical harm, unless the employer did not know or could not have known of the violation.” Here are the top 10 serious violations for 2015:

OSHA defines a willful violation as “a violation in which the employer either knowingly failed to comply with a legal requirement (purposeful disregard) or acted with plain indifference to employee safety.” Here are the top 10 willful violations for 2015:

Gary is the Loss Prevention Manager at Gibson, specializing in risk management techniques and loss prevention services for business clients. His responsibilities include oversight of the Loss Prevention team, providing them with guidance and support for achieving the strategic goals of the agency and clients. In addition, Gary is responsible for leading ongoing staff training, recruiting efforts, and monitoring service quality and timeliness. Read Gary's Full Bio

A Crucial Step To Disaster Recovery: Testing And Evaluating Your Plan