Collectively We Have Impact

It was August 2021 and I’d spent the last 6 months fully diving into my new role with Gibson. I was attending ALL the networking events, cocktail hours, community dinners, and golf outings I could.

Each time I would look around and note the amount of other women in the room. In case you were wondering, it was never as many as the men.

It’s said that most adults will spend one third of their life at work. That’s roughly 90,000 hours! Putting it in these terms provides a different context in which to view the employer-employee relationship.

Author Tom Peters says leaders need to accept responsibility for the role they play in employees’ lives. “Every leader has a moral obligation [today] to develop people so that when they leave, they are better prepared for tomorrow than when they arrived,” writes Peters.

That’s heavy. I care about our people a lot. I think about the 150+ families relying on our leaders to make good decisions with the best interest of our team at heart. Yet “moral obligation” is an even larger burden. And you know what? He’s right. We owe that to our team.

People Won’t Forget How You Made Them Feel

When asked to write this blog, I wondered what value I could add to the blogging world... “A blog on empathy in the workplace!” For me, this was a natural reaction, because it’s a natural feeling. It is not natural for everyone, and that’s okay. The world is a melting pot, as it should be, and that is what makes the world work. Maybe you are confused on what empathy really is? Maybe you’ve been misinformed that there is no room for empathy in the workplace – when in fact, we need to make a little more room.

Empathy is fellow feeling. It is a tool to connect to someone on an interpersonal level; it can offer hope and healing on a deeper level. Being able to get to this place allows you to suspend judgment, feelings, opinions, anger, and resentment. It is the ability to temporarily suspend your own opinions, to truly walk a mile in someone’s shoes.

The Best Leaders Know These 4 Things About Their People 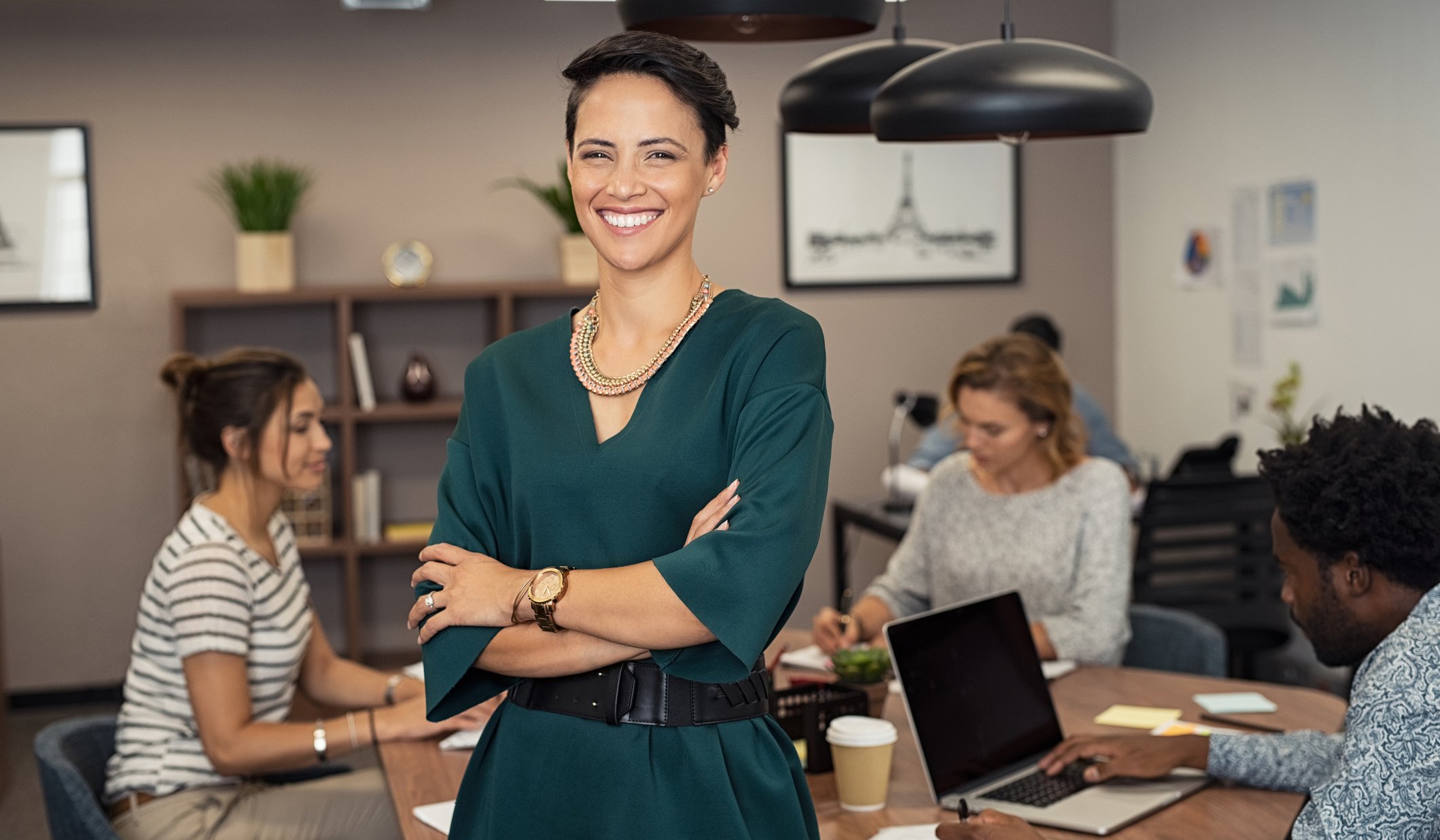 When faced with a new work project, there is a certain type of employee who will instinctively need to know anything and everything about the project. This team member will have questions…and lots of them. When you use this team member’s strengths efficiently, they will find facts like it’s their superpower.

Of course, if every employee acted this way all the time, you’d never get anything fully done, because there will always be more questions to ask, facts to find. So, it’s important to know which employees will naturally wade through all that information, get the “gist” (a few bullet points, maybe), then move on.

For as long as I can remember, I’ve always enjoyed team victories more than individual accomplishments. What’s the point of doing “it” if you can’t share the experience with others?

As much as I enjoy blogging, hosting The Edge Podcast and getting the opportunity to talk with leaders about their journeys has been a great experience! Teams, hard work, collaboration, sacrifice, family - we have hit on so many topics and I know I've learned a lot from these episodes - I hope you have, too!

Let's celebrate our most popular podcast episodes of 2022:

It has been nearly 10 years since my first leadership blog. In the past decade, I've written over 150 posts and we've collaborated with hundreds of guest bloggers to bring you a diverse collection of leadership insights. As each year comes to a close, I enjoy reflecting on the lessons, experiences, and stories shared.

Last night took a L, but tonight I bounce back. Wake up every morning, by the night, I count stacks. ~ Big Sean, “Bounce Back”

After graduating from a renowned Swiss university, the great Albert Einstein could only secure a job that was well below his abilities in a patent office. During this time he also had a child out of wedlock with a girlfriend his family seriously did not like. It's been said his father died believing Albert was a complete failure.

Yet the patent job exposed him to all kinds of ideas and helped develop in him a healthy skepticism to challenge conventional thinking. Additionally, the limited burdens of the role left him with ample time to experiment and explore his interests.

What if young Einstein’s path had been different? Would he have become the genius who transformed what the world thinks about physics?

Flashback Friday: My team often hears me bring up the Stockdale Paradox. Ever since I read about Admiral Stockdale in Jim Collin's book, the lesson of pragmatic optimism has stuck with me.

It was from Jim Collins’ masterpiece Good To Great that I learned Admiral James Stockdale was something other than Ross Perot’s running mate in the 1992 presidential election. Long before he was a target of Saturday Night Live’s irreverent humor, Stockdale was the highest ranking naval officer to be held as a POW in Vietnam.

After Stockdale's A-4 Skyhawk was shot down over North Vietnam in 1965, he shared space at the “Hanoi Hilton” with, among others, John McCain. He was brutally beaten, starved, and denied medical care, never knowing if he would survive or see his family again, until his release in 1973.

Stockdale and his wife Sybil shared their story by writing alternating chapters in the book In Love and War. Collins, in preparing to meet Admiral Stockdale, read his book, describing it as bleak and depressing, even though he knew that Stockdale got out and reunited with his family. When Collins asked Stockdale what it felt like living the story and not knowing how it ended, he replied: 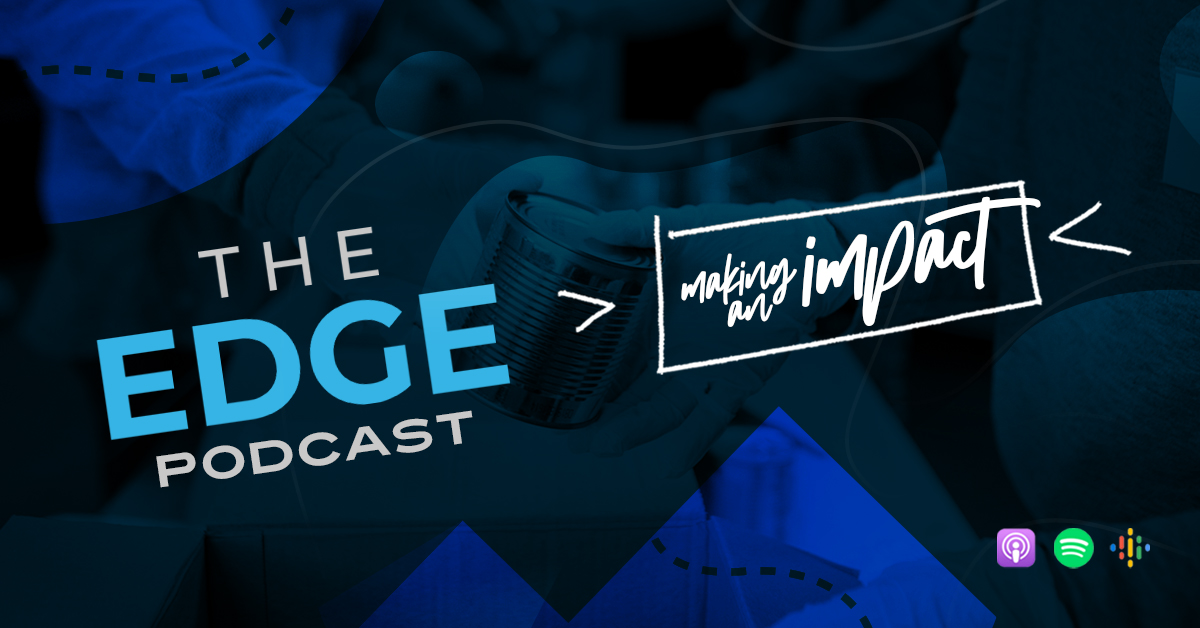 As we celebrate the season of giving, let’s take a look back at a few podcast guests from the nonprofit sector.

These leaders and their teams are dedicated to making an impact in our communities each and every day. The lessons they share from their leadership journeys can help inspire us all, regardless of our industry or role.