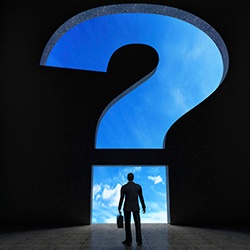 Employee ownership is a uniquely American concept. You can trace its roots as far back as the Virginia Company’s experiment with colonizing Jamestown. After a disastrous start, ownership was given to the settlers resulting in greater productivity and efficiency. Fast forward 400 years and America leads the world in promoting employee ownership.

In 1974, the details were laid out in the Employee Retirement Income Security Act (ERISA) for the establishment of a tax beneficial vehicle for the purpose of promoting employee ownership not just for management, but for all employees. The vehicle is known as an Employee Stock Ownership Plan (ESOP).

Working with companies that are employee owned for more than 25 years and personally witnessing the results, I have become an outspoken advocate for broad-based employee ownership. Widely accepted in certain industries, it is my experience that it is underutilized given its many positive attributes. Unfortunately, too many business owners do not consider an ESOP as part of their succession planning.

I have heard many excuses from owners and their advisors why it will not work for them or their company. They range from the employees do not care about ownership to they do not want their employees running the company. Like many of the excuses, they are often grounded in lack of knowledge versus facts. There is a lot of misinformation on this subject. That is not to say that ESOPs are for every situation.

The reality is that when business owners consider options for succession, an ESOP may be a more attractive alternative then selling to a competitor or a private equity group or attempting to utilize some form of management buyout. With an ESOP, an owner can receive fair market value for his or her stock, continue to run the company until actual retirement, and protect the jobs of the employees.

Without going through all the potential tax advantages, two are particularly worth noting. If C corporation stock is sold to an ESOP, the capital gains tax can potentially be avoided. More importantly, income attributed to shares of S corporation stock held by an ESOP is not subject to tax. This creates significant additional cash flow to pay down company debt incurred to buy the owner’s shares. These factors are motivation enough for many business owners to consider an ESOP.

Employee ownership can have far larger implications than what has already been discussed. What does employee ownership mean to the employees? Will it help a business perpetuate itself for the long-term? Are there larger societal benefits? The Citizen’s Share, which was published in 2013 authored by three college professors, Joseph Blasi, Richard Freeman, and Douglas Kruse, addresses all three of these questions and more. The book combines a lesson in the American experience with employee ownership and extensive research on the impact of employee ownership going back more than two decades. The authors make a compelling argument for how employee ownership contributes to a better economic viability for America, stronger companies, and healthier more productive employees.

The premise of The Citizen’s Share may seem utopic to many, but considering just a handful of statistics might illustrate the potential impact if employee ownership was greatly expanded.

If you are a business owner looking for a succession plan, why not consider an ESOP along with other more traditional alternatives? If you can sell the business for its fair value, protect the jobs of your employees, potentially create significant wealth for long-term employees, and continue to run the company, if desired, what’s the risk of giving it consideration?

For all the potential attributes of ESOPs, there can be risks. ESOPS are not for every owner or every company.

There are many examples of unsuccessful ESOPs and unsuitable situations. A high profile example of an unsuccessful ESOP company was the Chicago Tribune. Some companies that make poor candidates for an ESOP often have one or more of the following attributes:

How many of the above would apply to the Chicago Tribune? Certainly more than one. However, if your company has good earnings and governance, and you want to protect your legacy and the jobs of your employees, why not take the risk? I am not saying you should ignore the naysayers, but business owners owe it to themselves and their employees to educate themselves on the benefits of an ESOP as part of their succession planning. 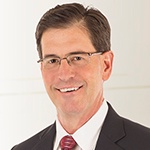 Hugh is the partner-in-charge of the Benefit Plan Consulting practice at Crowe Horwath LLP. He assisted Gibson with implementing their ESOP several years ago. Hugh’s team at Crowe Horwath works with over 500 ESOP companies on an annual basis in 47 states.

Connect with Hugh on LinkedIn or by email.

Crisis Communications: Before, During, And After An Incident

Is Your Special Event Covered?