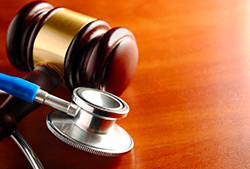 Health care compliance is made of many moving parts. New legislation, delays, and court rulings all have an impact on the Affordable Care Act (ACA) and how you, as employers, stay compliant. What changes in 2015 may impact you this year? What is on the horizon for 2016? Let’s take a look…

Challenges To The Affordable Care Act

The ACA withstood challenges from legislators and litigants. In February the House voted to repeal the ACA, but the bill did not pass the Senate. In June the Supreme Court upheld the ACA when it released its opinion in King v. Burwell, finding that the Internal Revenue Service (IRS) may issue regulations and extend tax-credit subsidies to cover purchases through the exchanges. In addition to these formal attempts to undo the ACA, candidates have picked up the law as a political football in advance of the 2016 national election.

In June the Supreme Court issued its opinion in Obergefell v. Hodges, holding that same-sex couples have a constitutionally guaranteed right to marry. Consequently, group health plans offering spousal benefits must extend such benefits to any individual who is legally married in any state, regardless of the sex of his or her spouse.

In December Congress passed HR 2090, a budget bill President Obama signed into law. In addition to addressing various spending and budget issues for federal agencies, the law includes a two-year delay of the Cadillac tax, which is a 40% excise tax on the high cost of health plans.

Specifically, if the annual cost of an employee’s applicable employer-sponsored health coverage exceeds a threshold of $10,200 for self-only coverage or $27,500 for coverage other than self-only, the excess benefits amounts will be taxed at 40 percent. The tax was previously scheduled to be effective in 2018, but the HR 2090 delays the effective date of the Cadillac tax to 2020. Importantly, the tax was previously a nondeductible expense to employers, and the amendment makes the tax deductible to employers.

Another December development came when the IRS issued Notice 2016-4, delaying the ACA’s employer shared responsibility reporting (Forms 1094-C, 1095-C, 1094-B, and 1095-B) deadlines. Click here for details on the Notice and the updated deadlines.

In November 2015, the Supreme Court accepted seven cases from nonprofit organizations challenging the ACA’s contraceptive mandate. The parties, including Christian colleges and charities, are challenging the mandate on the grounds of religious freedom. The organizations argue the contraception mandate forces them to provide birth control coverage, which they believe is immoral, and they are seeking exemption. The parties will be briefing the issues between January and March 2016.

In October 2015, the Office of the Inspector General of the Department of Health and Human Services (HHS) issued two reports calling for the HHS’s Office of Civil Rights (OCR) to bolster its HIPAA enforcement efforts. In response to these reports, the OCR announced it would launch HIPAA audits in 2016 to improve HIPAA compliance. The federal government increased the OCR’s 2016 budget to $43 million (a $4 million increase over last year) to, in part, fund these efforts. The OCR established a comprehensive audit protocol containing the factors investigators will assess through the audit process.

Compliance can be messy and complicated. The best advice is to stay current with all the changes and make connections with trusted advisors to help you navigate.

A Leader Is A Persuader

3 Ways To Improve Physical Wellbeing In The Workplace