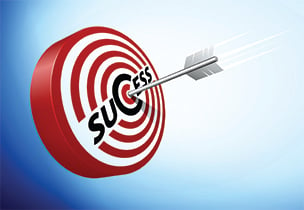 “No one is perfect.” “You’re only human.” “To err is human…” It’s hard to argue the wisdom of such time-honored sayings given that the human condition is rife with imperfection. Mistakes are inescapable, though blessedly most are relatively minor and of limited consequence. But what about the big ones, mistakes…either by intent or negligence…which have significant and lasting impact? Though human nature is no less to blame in these instances, their costs are often too great for rationalizations of our imperfections. I therefore offer the following quotes, courtesy of Hollywood, to assist in addressing, and avoiding, the most grievous of errors.

“A failure of imagination…We just didn't think of it…It's the fault of every person who ever worked on Apollo. It's my fault. I didn't think the test was hazardous. No one did.” ~ Astronaut Frank Borman (From the Earth to the Moon)

When assessing our response to major mistakes we must first ask why they happen, and what separates minor flubs from errors leading to more serious repercussions. Often it is the limited extent of our imagination. As the fictional rendering of Frank Borman noted in response to the Apollo 1 fire which killed three of his fellow astronauts, the inability to foresee the unexpected was the greatest contributor to the disaster. No one imagined a ground test to be dangerous, and all were ill-prepared for the deadly conflagration. Similarly, prior to September 11, 2001, few envisioned passenger planes employed as guided missiles; as such, procedures for mid-air hijackings contributed to the terrorist takeover of four aircraft…and the deaths of thousands. Concertgoers and security personnel in Las Vegas likewise did not image a high-rise hotel as a sniper’s den. In these and similar tragedies we recognize a failure, even inability, to imagine such catastrophes. While imagining unforeseen scenarios is easier said than done, the following may offer some assistance in doing so.

That devastating events often stem from humble origins is simple enough to conceive, yet often goes unheeded. The inability to correlate larger consequences to minute causal factors is a prime contributor to our lack of imagination. We often focus attention on strategic, macro challenges and actions, assuming details will be handled by others…or will take care of themselves. In daily life we frequently fall victim to this trap; do we not think about having gas in our fuel tanks before giving a thought to spark plugs or timing belts? Our nature is to see the forest without noticing the nuances of the trees. Though micromanagement and myopic vision are leadership dangers, disregard for small factors in a decision matrix can be equally disastrous. It would be hard to recall an instance in which lack of fuel or detached wings caused an aircraft disaster; more often a loose bolt or an underinflated tire was the culprit. In a culture advising us not to “sweat the small stuff,” it’s easy to apply such counsel broadly; however, for actions which portend wider impact we must remember whence big problems originate.

The benefit to be derived from “sweating the small stuff” is well-captured in this quote. More than pithy dialogue, it is genuine wisdom in the world of marksmanship. If a shooter focuses on a broad target area, the odds are higher of missing widely; however, if zeroed in on a small detail, a missed shot is still likely to have its intended effect. So too should we focus when attending to important and impactful challenges. This is not to argue that leadership at all levels need attend to each and every detail; but it is critical to ensure that there exist individuals who understand the importance of, and are, aiming small.

Ultimately, no matter how carefully we plan and execute, imagining possibilities and focusing on the details, eventually something will go wrong. At such times, this final quote rings true…just own the mistakes! Ownership demonstrates responsibility and maturity, and assures others that problems are taken seriously. This type of ownership has three parts: admission, correction, and education.

Personal and corporate ownership is the surest path to forgiveness, and reduces the possibility of future slip-ups. In owning the problem, we also own the solution, creating personal investment in avoiding additional shortcomings.

There is no perfect solution for confronting, or avoiding, inevitable challenges which come our way. However, there is tremendous risk of more and greater problems if we simply accept their inexorable nature without efforts to sidestep them. If we do not consider the benefits of applying imagination, recognizing the consequences of even minor choices and actions, paying attention to these small details, and owning our decisions and their results, we risk inviting the very missteps we long to escape.

Special Agent Mark Lunardi is the Air Force Office of Special Investigations Liaison to the Office of the Undersecretary of Defense for Intelligence. Over the past 21 years, nine of them on active duty, SA Lunardi has conducted and led criminal, counterintelligence, and counterterrorism investigations around the globe, and has deployed as part of Operations Desert Fox and Iraqi Freedom, the latter in support of the Coalition Provisional Authority. He has also served as the Deputy Director of Operations, Deputy Chief Information Officer, and Senior Liaison to the Federal Bureau of Investigation for the Air Force Office of Special Investigations.