Even if you are not located in the Midwest, you are likely aware of the recent change in the coaching staff for the University of Notre Dame football program. If not, after 11 seasons under the Golden Dome, Brian Kelly left for a new opportunity at LSU. This prompted the Irish to name Defensive Coordinator Marcus Freeman as the 31st head coach in school history.

Shortly after the news broke, Freeman was repeatedly referred to as a "player's coach” by the media and fans alike.

At his introductory press conference, Coach Freeman addressed this description directly. He stated the following:

“Listen, I know I’ve been labeled as a player’s coach, and I’m proud to wear that badge, but I’ll be honest, I think there’s a misconception about a player’s coach, that ‘Oh, the players like him — he’s their buddy.’ And my players know this: just because I don’t walk around like I have to put fear in their hearts, that doesn’t mean the demands aren’t going to be extremely high. I’ve always been a believer that being a coach doesn’t mean there has to be some constant level of discomfort for kids to reach their goals. You can be very demanding, and still make people feel good and still make people feel important — as long as they believe that you have their best interest at heart. That’s the coach I’ve always been, and I’m going to stay true to that. These kids today are so smart. They’re so intelligent, and they know what’s real and what’s phony. If you’re not authentic they’ll see right through you.” 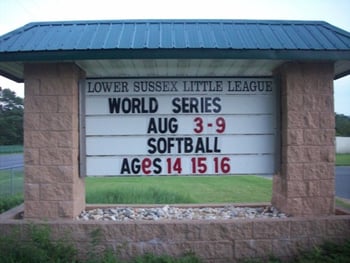 When I was in high school, I had the privilege of representing the central region at the Senior Little League World Series … three years in a row.

Despite never winning the ultimate title, we were a championship squad. Comradery, trust, empathy, synergy, heart.

My dad was our coach all three years, and there is no doubt in my mind that without his presence we would not have made the back-to-back-to-back trips.

My dad was a player’s coach.

He led from a place of love, authenticity, and high expectations.

His leadership was consistent and true. He was unwavering in his supportive and empowering approach. Every player knew that he cared about them as more than just an athlete. His desire to see each of us succeed in life oozed from his core. Outside of the time threatened to stab me in the eye with the score book pencil, he never ever used fear to get the most out of us. (I will admit this particular incident was warranted and stemmed from my questionable 14-year-old attitude on the mound that game…… but that is a story for another day.)

I believe the best leaders (on the field or in the office), carry the “player’s coach” title, and possess the following qualities:

1. Commitment To Values: Inspirational leaders are value-driven and lead from a sense of responsibility to create positive change for the betterment of their entire team. A leader is someone who holds you accountable. Choosing to be ethical isn't always easy or popular, (especially with your own teenage daughter), but it's always right.

2. Invest In Personal Development: Great leaders acknowledge their weaknesses and are always seeking feedback to improve their skills. A co-coach of mine once said: "I stopped going to camps and clinics when I learned everything there was to know about the game". {sigh} In order to continue growing, exceptional leaders understand the importance of investing in their on-going development. I recall my dad spending hours watching instructional DVDs (back when those were a thing), in addition to attending camps and clinics, always looking for a new drill or mantra to share with us.

3. Radiate Authenticity: Authenticity inspires authenticity. Great leaders are the same person at work, at home, on the field, and out with their friends. The best leaders don’t wear different masks, which empowers others to do the same. My dad, a singer in a local cover band, the coach with a ponytail, was the perfect example of an authentic leader. He embraced who he was, which gave us all a safe space to be our true selves, without fear of judgement.

4. Talented Communicators: When it comes to having difficult conversations, they know how to communicate constructive feedback in a way that doesn’t make the other person feel bad and disconnected. Great leaders speak with empathy and a belief that everyone is doing the best that they can. They speak to others in a way they’d appreciate being spoken to. My dad always preached, “People will not remember exactly what you said, but they will certainly remember the way that you made them feel.” Effective communication is more about the way you say something, than it is about the words.

5. Embrace Vulnerability & Risk: Thomas Jefferson once said, “With great risk comes great reward.” Even when things don’t go as planned, great leaders use the lessons of their failures to adjust and teach others what they have learned. Vulnerable leaders are relatable and know where there is vulnerability, there is trust. 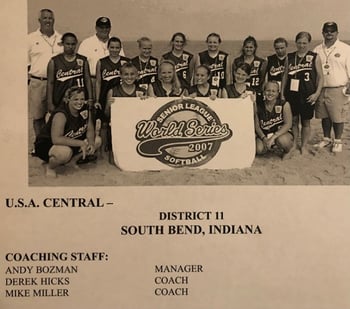 A great leader can make a positive and lasting difference in an individual’s life.

Former teammate and local stand-out Ashlee Smith said: “Andy was the absolute best! He made the game fun and his leadership style allowed us to play free. He maintained an optimistic and positive attitude, even when things went South. We always knew he had our back. The world would be a better place if everyone had a coach like him in their lives”.

Ashleigh (Bousquet) Fozo, four-year starter for the IPFW Mastodons said: “Andy was great. I enjoyed playing for him because he had this way of getting you to play your best, while also making sure the game was fun. We could have as much fun as we wanted (and he encouraged it), as long as we were working hard and taking care of business. There was never a doubt that he genuinely cared about us all succeeding on and off the field, and that made us want to work even harder for him.”

Great leaders equip their people with more than just the skills to complete the task at hand. They arm them with security by ensuring they feel supported and valued.

The great reality is, we can all lead no matter the industry or seat we are in.

What are you imparting on those around you? What kind of “coach” are you?

Santana is a Risk Advisor in the Private Client Group where she is responsible for providing personal risk management and insurance solutions for clients. She provides services across all lines of business including - auto, homeowners, personal umbrella liability, collectibles, jewelry, recreational motor vehicles, and more. Read Santana's Full Bio