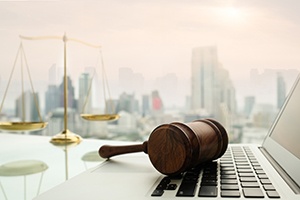 The fallout from the current wave of revelations sexual misconduct involving media figures, politicians, and corporate executives has included, among other things, a rash of D&O claims – including, for example, claims against the boards of 21st Century Fox and Wynn Resorts. An interesting recent scholarly paper takes a detailed look at D&O claims arising out of allegations of sexual misconduct, examines the potential bases of liability, and considers the relative social utility of this kind of litigation, as well as the practical implications for corporate boards and their organizations. The March 22, 2018 paper by Daniel Hemel and Dorothy Lund of the University of Chicago Law School and entitled “Sexual Harassment and Corporate Law” can be found here. The authors summarize their paper in an April 9, 2018 post on the CLS Blue Sky Law Blog (here).

The authors lay the groundwork for their analysis by cataloging the long list of companies that in recent years have become involved in D&O claims arising from underlying allegations of sexual misconduct involving executives at the company. As the authors note, the companies that have been involved in this kind of litigation includes not just the recent high-profile examples of 21st Century Fox and Wynn Resorts, but also, just in the last year or so, Signet Jewelers and Liberty Tax, and in the recent past, ICN (now Valeant), Hewlett-Packard, American Apparel and CT Partners. The authors’ exhaustive index of the lawsuits that have been filed to date, by itself, commends this paper to the attention of anyone interested in D&O claims trends and developments.

Based on their review of these lawsuits, as well as in light of current environment, the authors conclude that “the latest round of lawsuits almost certainly will not be the last.” As the #MeToo movement gains momentum, the authors say, “we can be confident that allegations of corporate sexual misconduct will continue to surface and that shareholder actions will follow.” The authors suggest that this type of D&O claim will represent an “ever-more common category of shareholder litigation.”

In order to analyze this development, the authors break down the claims that have been filed so far into the four legal theories on which the plaintiffs have tried to pursue these claims, so as to “identify various legal arguments available to shareholders who seek to hold directors and officers responsible for corporate sexual misconduct.”

The authors conclude that “in some instances, corporate fiduciaries will indeed be liable to shareholders when workplace-sexual misconduct occurs at companies.” In light of this conclusion, it would be prudent for companies and their executives to take steps to reduce their potential exposure to these kinds of suits. The authors provide a detailed inventory of suggested steps companies can take to try to reduce this risk. This authors list of proposes steps is interesting and worth reviewing in detail. The interesting thing about the list is that it is virtually identical to the list that someone might propose to help companies avoid and/or minimize the risks from sexual misconduct in the first place. The point is that instituting policies to reduce the risks of workplace sexual misconduct will not only reduce potential liability for the misconduct itself, but it will also reduce the possibility of claims of mismanagement or misleading disclosure related to the sexual misconduct.

The authors also step back from these more pragmatic considerations to consider whether or not it is appropriate for corporate law to regulate and remedy sexual misconduct. It could be argued that the legal compulsion involved could deter companies and executives from focusing on the principal objectives of maximizing corporate value, protecting investors and promoting the efficient allocation of capital. After reviewing the landscape, the authors conclude that “sexual harassment is itself a threat to investors and an impediment to the efficient allocation of human capital and that efforts to use corporate law to combat sexual harassment are in fact consistent with corporate law’s central mission.”

The authors also address what they call the potential “discursive” impact of using corporate law to regulate sexual misconduct – which I understand to mean the possibility that using corporate law this way could cause the focus to shift away from the real problems and harms. That is, this use of corporate law “might be seen as suggesting that investors – rather than the employees who suffer through sexual harassment firsthand – are the victims whose injuries require redress.” The authors conclude that on analysis that while “reliance on corporate law runs the risk of diverting attention away from victims” it not a reason to discourage these kinds of claims but rather it is “a reason to think carefully about the words we use to articulate corporate law claims.”

The authors conclude the blog post summary by saying that “we remain optimistic that the use of corporate law to regulate and remedy sexual harassment can benefit employees, shareholders, and society.”

The authors’ blog post summary is good and worth reviewing, but I actually recommend reading the authors’ academic paper. The paper is long, but it is interesting and well-written. For readers of this blog, the authors make several important points that are worth keeping in mind: (1) the history of D&O claims arising out of allegations of sexual misconduct is both more extensive and deeper than just the most recent high-profile claims; (2) in light of the momentum and attention that the #MeToo movement has brought to issues of sexual misconduct, these kinds of claims are likely to be an “ever-more common category of shareholder litigation”; and (3) there are specific practical steps that companies can take to reduce both the risks of claims of workplace sexual misconduct and of investor claims based on the misconduct.

The authors’ detailed suggestions of ways that companies can try to manage this risk also provide useful starting points for insurance underwriters in thinking about how to underwrite the risk. The point is that companies that have the suggested processes and procedures in place are less likely to find themselves getting hit with these kinds of claims, and better able to defend themselves if claims do arise.

Kevin has been involved in directors’ and officers’ liability insurance for over 30 years. He began his career as a coverage attorney and partner at the Washington, D.C. law firm of Ross, Dixon and Bell. More recently, Kevin served as President of Genesis Professional Liability Managers, a D&O underwriter and part of the Berkshire Hathaway group of companies.

Throughout his career, Kevin has been active in the Professional Liability Underwriting Society (PLUS), serving on its Board of Trustees from 1999 to 2005, and as its President in 2004. Kevin also served as Co-Chair of the PLUS D&O Liability Symposium from 2007 through 2009. In 2008, Kevin received PLUS’s “Founders Award,” which is awarded annually to PLUS member who has “made lasting and outstanding contributions to the Society.”

Kevin is also the author of the Internet weblog, The D&O Diary, which the New York Times called “influential” and the Wall Street Journal described as “widely followed.”