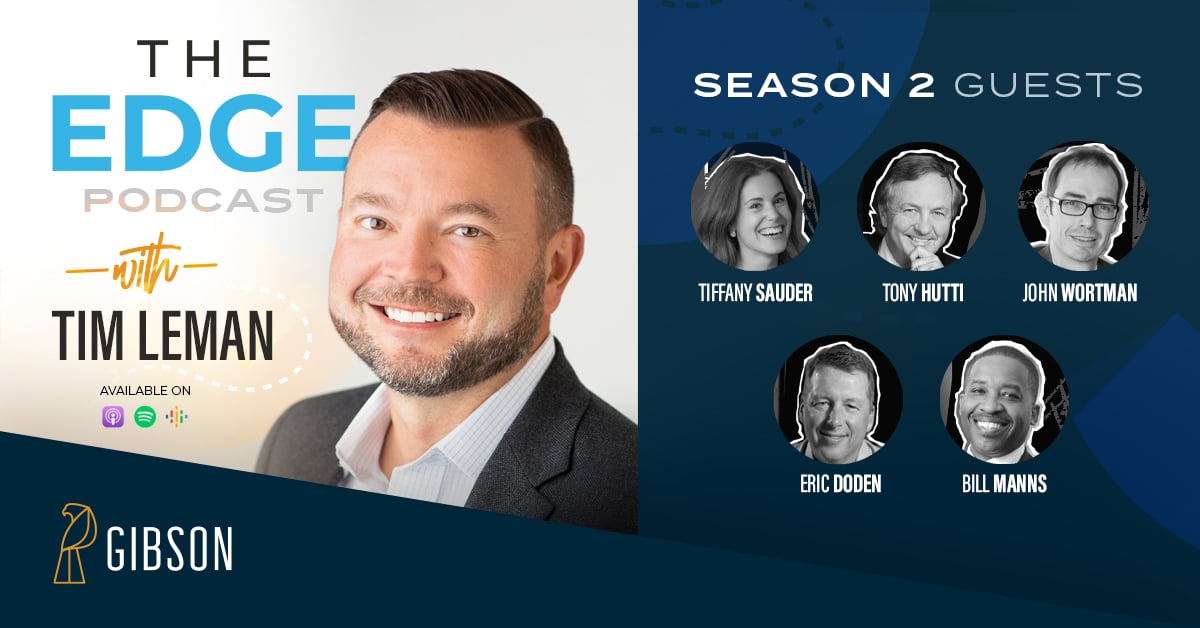 Introducing the second season of The Edge Podcast!

Have you ever felt like you're on the edge of something great? You've put in the work, you've done the hard stuff most people aren't willing to do, and now you can just sense a magical run lies ahead.

In this season, we continue to talk with leaders and learn what it's like to ride that edge and own it. We dig into what makes for a truly special team.

Join host Tim Leman as we discuss leading on the edge!

Click the links in the titles below to listen to each episode.

Tiffany Sauder, CEO of Element Three, joins Tim to discuss her leadership journey. She shares how she's had to make the shift from ambition to leadership, her role in training decision-making, the importance of leading through the lens of your values, and more.

In this episode, Tim talks with Tony Hutti about the power of peer groups. Tony is the CEO of Renaissance Executive Forums has almost 50 years of leadership and management experience. He shares how being vulnerable is crucial to being a good leader and why we should have the mindset of taking everything as a learning experience.

John Wortman, Co-Founder & CEO of Valeo Financial Advisors makes his podcasting debut. John and Tim discuss growing a team, the evolution of a leader, and the importance of communication and being on the same page.

In this episode, Tim sits down with Eric Doden to discuss his passion for economic development and regionalism. They talk about the importance of alignment and accountability across team members, as well as how the combination of character, chemistry, and competency make for a powerful team.

Bill Manns, President & CEO of Bronson Healthcare Group, joins Tim to discuss how he strives to empower his team. They dig into the importance of building a strong & cohesive leadership team, because as Bill shares, "dysfunction at the highest level of the organization creates dysfunction throughout the remainder of the organization."

The Power Of Passion

The Edge Podcast: The Transition From Ambition To Leadership