Tips To Draw Out More Creative Participation In Meetings 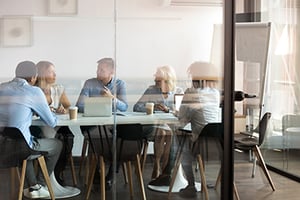 Even if your leadership team has been running on the Entrepreneurial Operating System® for years, you can still run into speed bumps in your team meetings. Tough Issues can be…well, tough to solve. It’s in those moments when you need your team to step up to the plate with creative ideas. Those are also the moments when your team may feel stymied. Meeting participation drops and you’re left with one or two people who drive the discussion.

If that sounds familiar to you, we’ve got your back. Here are seven proven ways to generate more engagement, stronger participation, and more creative ideas to solve your toughest Issues.

Everybody has an off day once in a while when they have a hard time contributing. Maybe their brain is stuck in low gear, or there’s a personal thing occupying their mind. But if you have a team member who consistently keeps their mouth shut, you’ve got a silent partner problem.

In this case, a silent partner signs off on the team’s decisions, but they don’t contribute to IDSing your Issues. Maybe they don’t feel confident putting their ideas out there, or they’re intimidated by strong personalities. Whatever the case, they’re holding your team back from greater success. If they don’t contribute, they can’t add value.

It’s time to get your silent partner to make some noise! You might be tempted to call them out in the middle of a Level 10 Meeting™, but be sure you’re not inadvertently putting them in a tight spot. If they’re shy or easily intimidated, you could end up shutting them down.

Instead, pull them aside before your next meeting and give them a challenge. Tell them they were hired because they have value to add, and you expect them to add it. Give them a heads-up that you’ll be calling on them in your next meeting. This notice will give them time to prepare and give them the opportunity to take the initiative themselves, without being called to the carpet in front of the group.

Some people are fantastic at spotting holes in other people’s ideas—and that’s a good thing! If you’ve got a natural dissenter on your team, count your lucky stars. They’ll see potential problems a mile away, before you double-down on a decision that could bite you in the britches later on.

Dissenters can often keep their opinions to themselves, though—they pick up on cues that they’re the nay-sayer of the group, or they’re self-conscious about continually pointing out the flaws in other people’s ideas.

Encourage these people to participate more in meetings. Before settling on a solution to an Issue, invite your dissenters to throw a monkey wrench into the plan. Ask your team questions like these:

Extroverts process their thoughts aloud—they love telling you what’s on their minds, and they’ll find it easy to participate in meetings. But introverts are internal processors, and their engagement in meetings will look different. If you have introverts on your team, they’ll need time and space to think before they speak. In this case, silence in a meeting is a good thing—it means they’re engaging with the Issue.

Don’t be afraid of silence in a meeting. Give your people time to process their thoughts. You’ll be amazed at the depth of insight that bubbles up from the depths of an introvert’s mind!

Since introverts need time and space to think, you can boost the value of their contributions making sure everyone sees the Issues List before the Level 10 Meeting. By reviewing the Issues ahead of time, your team members can enter the meeting already having been thoughtful about the Issues and more ready to identify, discuss and solve them.

There’s a time and a place for everything, and that includes Level 10 Meetings. Your people will have more energy to be more engaged in a meeting at key times during the day, and they’ll be completely checked out at other times.

Some of the worst times to schedule a meeting:

Mid-mornings are one of the best times for meetings because your energy level is at its peak and you’re most focused. Mid-afternoon also works well, because by then you’ve got most of your urgent tasks out of the way. Lunchtime meetings can be productive, if you’re providing food—but be aware that you’re cutting into people’s personal time.

When creativity is sputtering, or a good solution is especially difficult to find, ask your team members for the worst idea possible. It’s a great way to break the cycle of stuck thinking and draw out the creativity from your team. People re-engage in the meeting at a new level, and ideas start to flow. Bad ideas lead to better ideas, and before you know it you’ve found a great solution to a tough Issue.

7) Meet Outside Of Meetings

Want your team to engage more creatively in Level 10 Meetings? Have them engage with each other outside of meetings. Solving Issues requires sticking your neck out there, once in a while. To do that, you’ve got to trust that the guy next to you isn’t hiding an axe!

If you want team members to put themselves out there, you’ll need to have a team that knows and trusts each other. That means spending time together—grabbing lunch, chatting around the water cooler, sharing each other’s personal lives. You don’t need to do an escape room together (although, not a bad idea!), but do create room to build relationships that aren’t purely based on work requirements.

Any team can have a hard time drawing out more creativity and participation in a meeting, be it a Level 10 Meeting or otherwise. The risk is in not addressing these challenges. Try out one of these tips this week to help you team get more out of your meetings. Which one will you start with first?

This content was written and shared by Kathy Mayfield. It was previously posted on the Traction Tools blog. 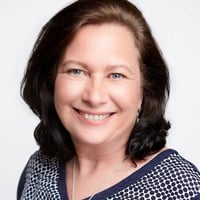 Kathy is the Integrator at Traction® Tools and, quite frankly, one of the main reasons our company took flight. After joining forces with Certified EOS Implementer™ Todd Smart as his executive assistant in 2013, she helped catapult Smart Partners, Inc. into a thriving entrepreneurial company. By that time, Kathy’s love affair with EOS® was a done deal. A few years later when the saucy little startup Traction Tools appeared on the EOS scene, Kathy switched gears and focused her attention on making Traction Tools an operational success. Her work at Traction Tools has been described by our Visionary as “akin to transforming an airplane into a rocket ship—mid-flight.” She harnessed and directed our energy toward rapid growth. She’s done the same as the director of learning and a member of the Leadership Team of the Female Integrator Mastermind (FIM).

Be A Different Kind Of Leader