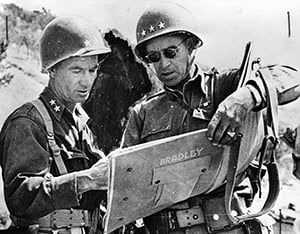 “Execution will be one of the key differentiators going forward. Not just execution, but the speed at which new ideas and solutions can be deployed,” said my friend Larry Linne on a recent phone call. “It will be the thing that separates the winners from the losers.”

Larry and I were talking about the state of our industry and some friends in the business who decided to sell their firms. Larry is in a unique position to offer perspective on execution as he runs an advisory firm focused on helping insurance agencies maximize their potential. Larry and his team have expertise in operations, finance, and product development. They’re innovative and strategic, and also focused on training and implementation.

The thing Larry has noticed over the years is that when strategies fail, it’s usually due to poor execution. Many companies suffer a huge gap between great ideas and actual results.

Tom Peters, author of The Excellence Dividend, devotes the entire opening chapter to execution, calling it “the all-important last 95%.” Think about that for a minute. How many presentations have you been a part that pitched a new idea or strategy and barely touched on how it would be implemented? Guilty as charged. And yet Tom says all that ideation is only the first 5%! Leaders must prioritize the “how” of execution going forward.

Tom loves to share this quote from General Omar Bradley, Commander of American troops on D-Day: “Amateurs talk about strategy. Professionals talk about logistics.” And it’s true. You must have the fuel delivered to the right place at the right time or the tanks aren’t very useful.

Too many leaders are unwilling or unable to focus on this key differentiator. Larry Bossidy, a former GE and Allied Signal executive, emphatically makes the point in Execution: The Discipline of Getting Things Done that “it” must be the primary concern of all leaders. There is no room for detachment.

As Larry and I continued our discussion, he sent over a presentation with concepts on execution he’s been teaching for years. “If you don’t create a plan for execution, you’ll be planning your execution,” Larry joked. And he’s right. Nearly a quarter of Fortune 500 CEOs are replaced every year. Very seldom is poor strategy the culprit. Most often it’s the inability to implement and move forward quickly enough.

Here again Tom Peters gets right to the point. “Forget the glossy strategy” and instead “have a bias for action,” he writes in The Excellence Dividend.

As Larry and I clicked through his presentation, the following themes jumped out at me on execution.

The risk and the reward are huge when it comes to execution. Miss on implementing the fancy new strategy and it could cost a leader their job, or worse yet, irreparably harm their organization. Likewise, if you can get an average plan in place and quickly supported by all, you can probably dominate your niche.

For all the faddish talk about audacious goals and moonshots, the bigger an unproven promise, the harder the fall when execution doesn’t match the hype. It is important to avoid the temptation to declare victory at an announcement of a strategy — the photo op of merger partners’ handshakes, the external award for product design, or the big donation for work not undertaken — only to find that the merger dissolves, customers ignore the product, and the new work never gains traction.

In short, encourage innovation, begin with execution, and name the strategy later.