The Quality That Guarantees All Others 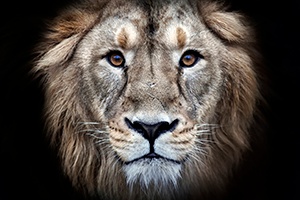 It was christened by Aristotle as the first of all human qualities because he felt it guaranteed the others. Dr. Keshavan Nair called it the “foundation of integrity.” And still Hemingway described it as “grace under pressure.”

What magical virtue were they referring to? Why courage, of course. It’s the mental or moral strength to venture, persevere, and withstand danger, fear, or difficulty.

Today we live in a world much devoid of courage, at least the moral kind. Leaders, friends, parents, spouses, and co-workers – all of us – suffer to some degree when it comes to summoning it. A Forbes article on the topic suggests there are three kinds of courage.

There is no substitute for leading by example. Pause for a minute and think about where you reside on the courage spectrum.

The good news for all of us is that courage is a learned trait. As Winston Churchill said, “Fear is a reaction. Courage is a decision.”

It’s time we took a purposeful approach to being more courageous. It’s the only way to secure the foundation necessary to support all the other virtues we aspire to in life!

Perhaps Ralph Waldo Emerson summed it up best when he wrote:

“Whatever you do, you need courage. Whatever course you decide upon, there is always someone to tell you that you are wrong. There are always difficulties arising that tempt you to believe your critics are right. To map out a course of action and follow it to an end requires some of the same courage that a soldier needs. Peace has its victories, but it takes brave men and women to win them.”

Employee Benefits Outlook: What Will 2018 Bring For Health Care?