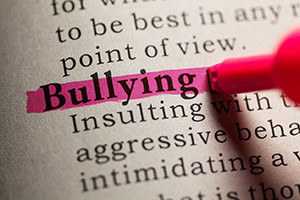 As adults, we tend to think of bullying as something we may need to protect our children from. However, bullying isn’t limited to children. Unfortunately, instances of adult bullying are on the rise.

Over 25% of adults admit to having been the victim of bullying as an adult. The most predominant environment in which adult bullying occurs? The workplace.

What Is Workplace Bullying?

Adults are more likely to use verbal bullying as opposed to physical bullying. The goal of an adult bully is to gain power over another person and make him or herself the dominant adult. They often try to humiliate victims and show them who is in charge. While they may be in a true power position in the organization, they don’t necessarily have to be in order to be considered a bully.

What Are The Habits Of Bullies?

Some habits of bullies tend to portray include the following. It is important to understand these habits so you can notice the behaviors in your workplace and try to stop them before they get worse.

What Are The Types Of Bullies?

Types of bullies include people who are:

There is a strong link between bullying and violence. Studies show that both victims of, and bullies themselves, are more likely to engage in violent behavior. While we have focused on the traits of adult bullies, remember, they didn’t wake up one day and become a bully. Bullying is a learned behavior and can be linked to severe physical punishments used at home, lack of parental involvement, and a lack of knowledge about positive ways to deal with problems.

Taking time to understand what a bully is and what it looks like in the workplace is the first step in prevention and keeping your workplace safe.

How Self Aware Are You Today?